Oil of Oregano For Fowl? You Bet! 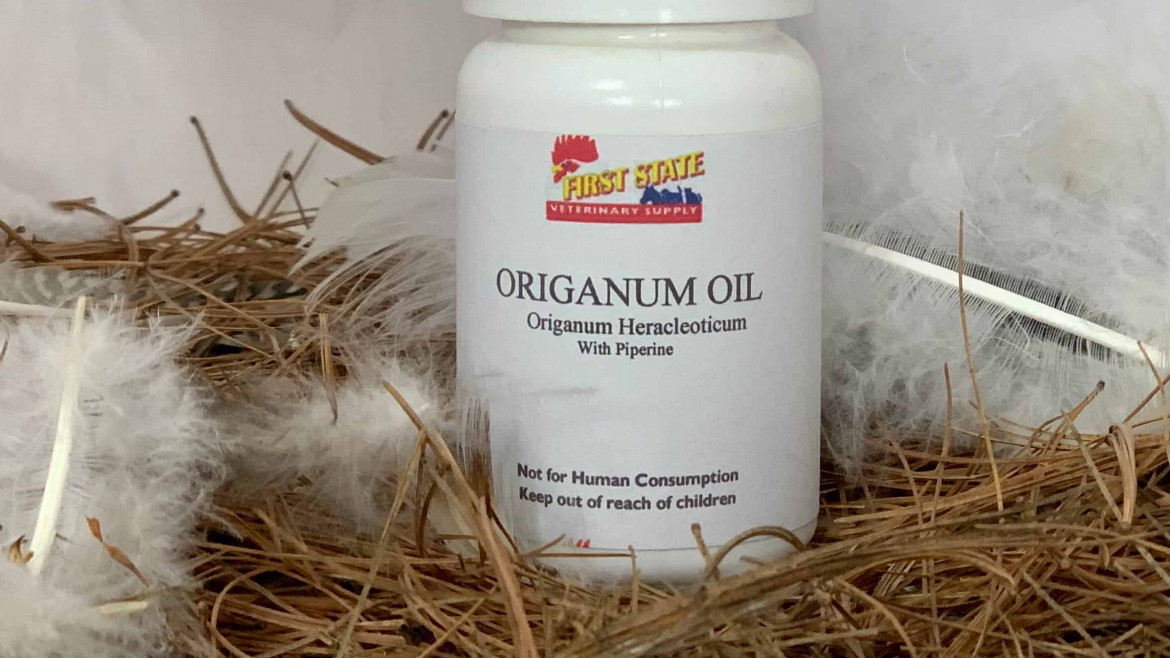 Historically Oil of Oregano has been around for centuries. It has been touted in humans, as an Antimicrobial with great healing powers and is said to work for sore throats, stomach upsets, and respiratory issues and as an antiseptic. Most of the accolades were anecdotal at best with very little if any Science to substantiate the claims being made. 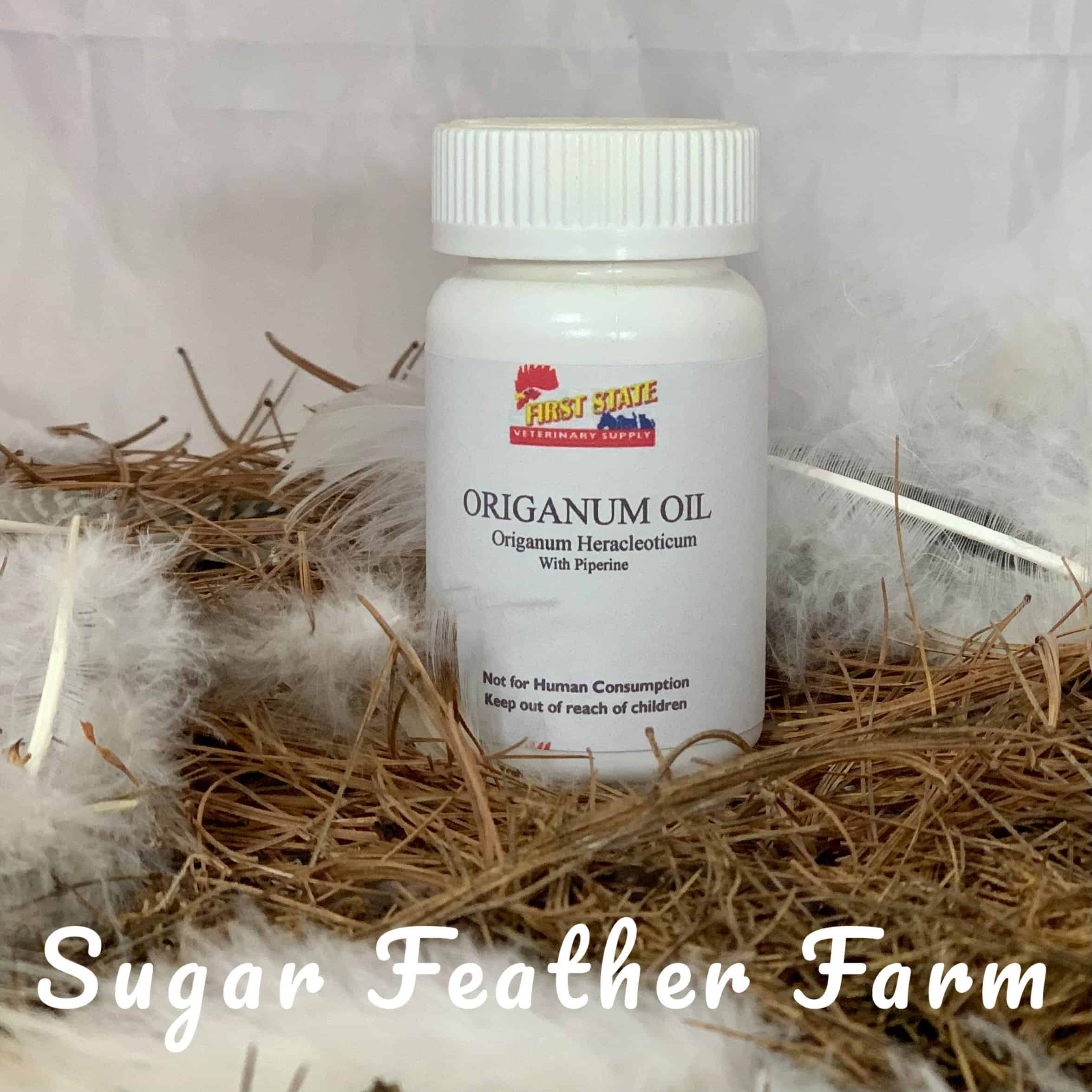 Some forty years ago a movement started in Europe to ban the use of Antimicrobial Drugs as Growth Promoters. This movement was fueled by the thought that over use of Drugs as Growth Promoters was causing Drug Resistance in Animals which led to Drug Resistant Organisms in Humans. Today the ban is wide spread and gaining momentum World Wide. Here in the United States many Poultry Companies have now recognized that the General Public wants birds that are free of Antibiotics and a movement is under foot within the Poultry Industry to head in that direction.

Over the last thirty years or so, I have investigated many different substances in an effort to find Natural Substances that had true Medicinal value. I was looking for those substances that could be proven to truly work. Very little evidence was available over the years to show that it worked at all in animals of any kind. Again the evidence provided was anecdotal at best. The majority of research on Oil of Oregano and other essential oils were conducted mainly in the laboratories either in petri dishes or test tubes. Studies conducted at Georgetown University and The University of Tennessee were promising but again were not conducted in an Animal or Human test model.

Breakthroughs in Turmeric Research led to a better understanding of just how this spice worked and how it was utilized by the birds body. Now real progress was being made as the fruits of Science revealed the secrets to the inner workings of Turmeric. Essentially it was found that Turmeric by itself was poorly absorbed through the Intestinal Wall. The addition of an Extract of the Black Peppercorn to the Turmeric mix makes the Bioavailability of the Turmeric increase providing greater absorption thus enhancing its efficacy. The efficacy of either Essential Oils or certain Spices may indeed rest upon their ability to be absorbed into the blood stream. Seeking methods to make these Natural Substances more bioavailable seems to be the key to their success or failure.

During the Spring of 2012, I was able to obtain some research data that was said, to be promising concerning the use of Oil of Oregano in Turkeys that had Blackhead. I obtained the research data and investigated further to see if this was true. My reasoning was that I had a client that for the last twenty years or so has always and continually had outbreaks of Blackhead in his flocks. These were laboratory confirmed cases of Blackhead. Many different methods of control were applied but none ever gave total relief from the Blackhead. I met with my client to review the data that I had received and to get his input and the decision was made to obtain the Oil of Oregano and conduct our own trial using his Turkey Flocks.

Blackhead is a Protozoa that infects the birds Intestinal Tract by ingesting the Cecal Worm Heterakis gallinae. Normal incubation time can range from fifteen to twenty days. Usually the first symptoms that you will see are weight loss and decreased feed consumption. Once the disease progresses the birds will produce a Sulphur colored dropping. Additional symptoms are, droopy wings, ruffled feathers, weakness, depression and an overall sleepy headed appearance. Turkeys are quite sensitive to Blackhead and left untreated mortality may reach above fifty percent or more.

The mode of action of The Oil of Oregano is to rapidly replace the Epithelial Cells that line the Intestinal Wall. This is accomplished by the active Phenol Compounds contained in The Oil of Oregano. Intestinal Epithelial Cell shedding occurs on a continual basis but the Phenol Compounds in The Oil of Oregano speed up this process by as much as two times the Normal rate of shedding. This increased rate of Epithelial Cell shedding interrupts the Life Cycle of the Blackhead organism preventing it from penetrating the mucosa of the Intestine and denying the organism a chance to replicate in the Cecal Tonsil tissues and migrate to the Liver. The organism is effectively eliminated before severe damage can occur.

In the early Summer of 2012 we started the trial on the first group of 400 Turkeys that were being placed in the same housing as previous flocks that encountered problems with Blackhead. We introduced from day one The Oil of Oregano into the drinking water at the rate of forty ounces of the Oil of Oregano to one thousand gallons of water. Subsequently we administered The Oil of Oregano to an additional group of 800 birds. The trial finished at the end of December 2012 when all the birds were harvested. During this period of time from early Summer through the end of the year mortality from all causes was less than two percent.

When the 2013 growing season arrived the decision was made by the farm Owner to continue on with the Oil of Oregano Program. The results were astounding. Overall mortality continued to be in the two percent range but the birds were finishing out at higher overall body weights. Also for the first time in over twenty years there was no mortality from Blackhead within the flock. Because overall mortality was reduced there were excess birds now to find a home for. This had never happened before as the Farm always struggled to meet its orders due to the mortality from Blackhead.

Currently the Turkey Flock is continuing on with The Oil of Oregano Program due to the overwhelming success over the last two years. It should be noted that because of the use of The Oil of Oregano this Farm is now chemical FREE and will qualify for Organic Certification.

I think that the evidence is Crystal Clear that Oil of Oregano is truly Essential!

Peter Brown, aka The Chicken Doctor, has been doctoring chickens for over 58 years and holds an AAS in Poultry Science, and a self trained Poultry Biologist. He is the founder and owner of First State Veterinary Supply, askthechickendoctor.com, and the former Poultry Pharmacy, the only legitimate and licensed, Pharmacy strictly for Poultry! Peter is a partner with Sugar Feather Farm and offers consultations to fowl enthusiasts who have concerns or questions.

by Eduardo Martinez
0
We offer shipping to all US States and Farm Pickup! Spring 2023 Ordering Open!