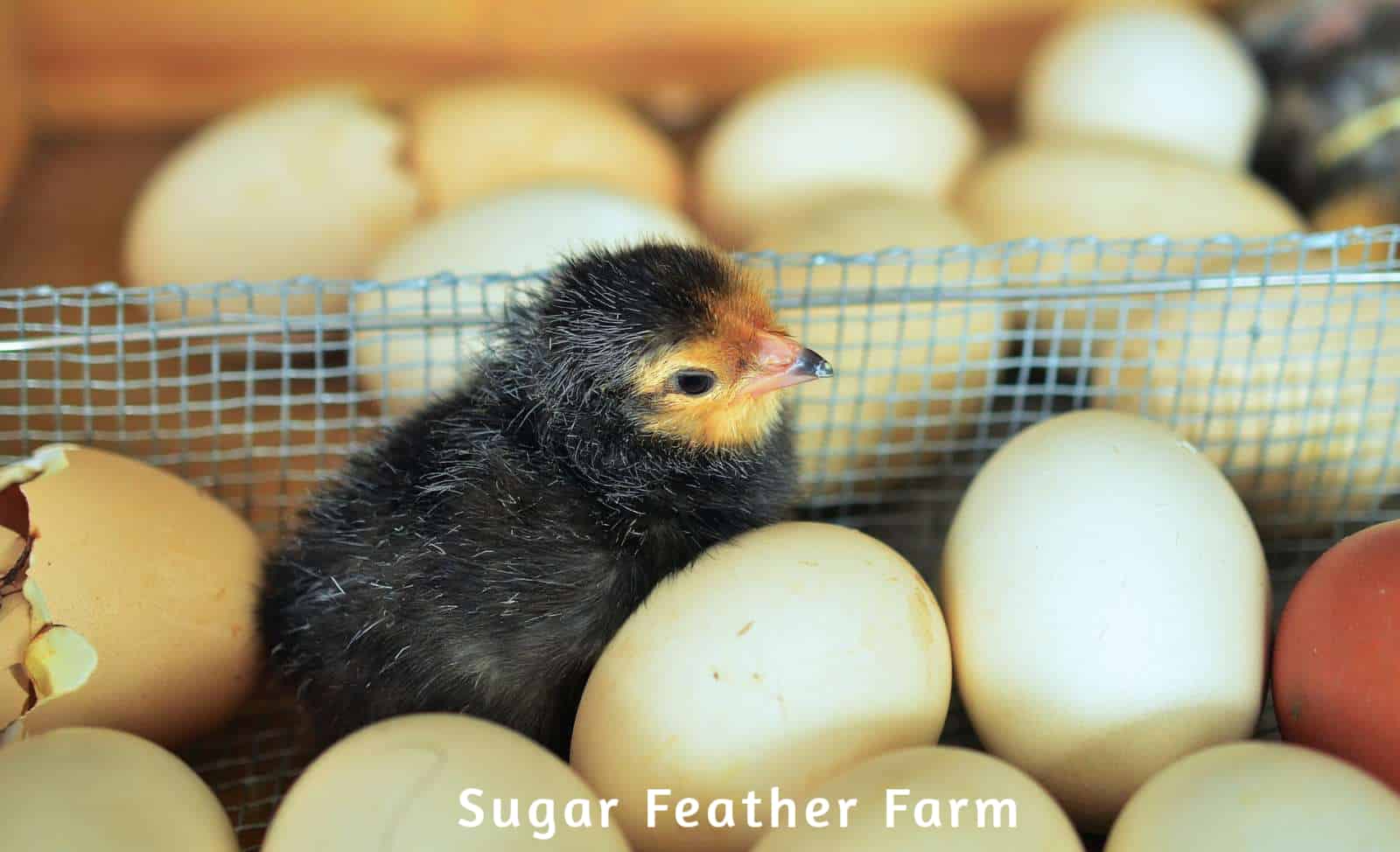 Hi there welcome to the world of fowl baby care! We have put together a guide to help make your feathered experience a success. We work with top Veterinarians and Nutritionists. This care guide is courtesy of Alyssa Walsh of The Fertrell Company. We have made some slight modifications and additions to her recommendations.

Whether getting chicks or broilers, receiving chicks is when the fun begins! Your brooder set up (where the chick will be living for the first 2-3 weeks of their life) will be the foundation of your chick’s growth and development performance. While in the brooder, chicks need enough living, feeder space, and waterer space to help encourage feed and water intake. Providing fresh, balanced feed and clean water will ensure optimal performance. Lastly, observation is key to understanding chick comfort and helping catch small problems before they become big problems.

Brooding is the lift off phase of chick development. Chicks are in the brooder for 14 – 21 days depending on location and climate. The first 14 days of life are the building blocks of chick development and will set them up for later in life. During these first 14 days, a chick’s skeletal, muscular, neurological, and digestive systems are developing rapidly, so extra care needs to be taken during this time. If you’re seeing mortality from day 3-7 days, this usually suggests early brooder management problems such as the temperature in the brooder was too low, or chicks didn’t find feed and water soon enough. The main objective in the first few hours of chick placement is to get them to eat and drink. If chicks start to act listless, fluffed up feathers, cold this could be a sign of Coccidiosis, the #1 killer of chicks. Prevention is key but sometimes unavoidable. This will need to be treated as soon as possible to prevent spread and mortality.

When preparing your brooder, it’s imperative that you a have a plan. The brooder should be set up 24 hours before chicks arrive. The brooder should be cleaned out between groups and set up with fresh bedding. Day old chicks don’t have an immune system when they arrive. Feeders and waterers should be cleaned and sanitized between groups to reduce the potential spread of disease. A reliable heat source is crucial for chick health and development because chicks aren’t able to maintain their internal body temperature. The brooder should have a reliable heat source like an infrared heat lamp or propane heater to help control temperature. Turn on the heat source 24 hours before chicks arrive. This will give the bedding, feed, and water time to warm up before chick arrival. Brooder temperature needs to be 95⁰F for the first week, and after day 8, start decreasing brooder temp 1⁰F daily until brooder temp reaches 75 degrees or outside temperature. Monitor brooder temp using a thermometer or digital infrared thermometer. I can’t stress enough the importance of brooder temperature. Chicks that get cold have higher mortality, impaired immune and digestive function.

Choosing the right bedding will help set your chick’s up for success. There are many different bedding options available. Fertrell has seen the best results with dried sphagnum peat moss. Peat moss is 5 times more absorbent than pine shavings. It’s naturally antimicrobial because of its low pH. Bacteria and protozoa that cause diseases like coccidiosis and viral arthritis have a difficult time living in peat moss, which should help prevent diseases. The only downfall to peat moss is that it’s very dusty. And let me tell you it is dusty! However, the dustiness does not affect chick’s respiratory system. While the dustiness is annoying and you’ll have to clean out the waterers more often, chick health will make peat moss worth the dust. Note: this is a personal choice, I do also like pine shavings big flake if peat moss is not available.

Once the brooder is set up, it’s time to bring in the chicks! Ideally amount of time the chicks are in the mail is less than 2 days. Being in the mail is stressful on the chicks as they’re being moved around constantly and aren’t in a temperature-controlled environment. After picking them up from the post office, you want to keep your vehicle warm and don’t roll down the windows. Having the windows down will create a cold draught that could chill the chicks.

Before placing chicks in the brooder, dip their beaks in water which will help them find water and encourage them to drink. Water is an essential nutrient for all living creatures, and water consumption drives feed consumption. Water temperature should be around 80⁰F. If water is colder, it will reduce chick’s internal body temperature, chilling them. To the first water given to chicks, put 1 cup of sugar and 1 oz (2 tbsp) of apple cider vinegar per gallon of water. Sugar in the water will encourage chick to drink and the apple cider vinegar is a natural electrolyte source. This will give chicks an extra boost.

Feed is also critical for success. Feed should be fresh, balanced, and accessible. Livestock perform best on feed that is within 10-14 days of being made. 30 days is the oldest feed should be. Once feed is ground, carbohydrates start to oxidize and go stale, which will reduce intake and affect performance. Never feed feed that is over 3 months old. Vitamins tend to be less stable and will deplete over time. Feed should also be balanced for the stage of growth and breed. Depending on the breed of broiler, you will need a 20-22% protein chick starter feed. Lastly, feed needs to be easily accessible. A chick’s eating habit is formed within the first 72 hours of life meaning the faster they find feed, the better they will eat and perform and grow. We sell fresh NON-GMO feed here at the farm and you can order online.

Chicks are born with an instinctive pecking behavior. When they peck at the ground at a young age, they don’t know what they’re pecking at. If you lay paper or cardboard on top of bedding and mound feed on the cardboard along with providing ample feeder space, this will reduce chick’s eating shavings and will encourage them to find feed faster. Crops should be filled and refilled within the first 48 hours. Having more than 1-2% runts suggests chicks didn’t find feed soon enough. Give the chicks 2 hours after placing them in the brooder. After 2 hours come back in and check crop fill. Gently feel the crop using your thumb and pointer finger. If the crop is full, soft, and rounded, it means the chick has found feed and water. At 2 hours, you want 75% of chick’s crops filled. At 48 hours, you want 100% of chick’s crops filled.

Lastly, observation is key to raising any livestock! Chicks in the brooder should be checked multiple times a day. Spending time with chicks and watching chick comfort will help you catch small problems before they become big problems. Catching problems early on and acting on them will help keep chicks healthy and productive.

To summarize, the first 14 days are critical for chick growth and development. Brooder temperature and set up are important for helping chicks stay warm and encouraging feed and water consumption. Feed needs to be fresh and balanced, and water needs to be clean and fresh. Finally, observation is key to raising all livestock!

Member of These Organizations

We offer shipping to all US States and Farm Pickup! Open all year!
Free Shipping on Stickers and T-Shirts!
We are Doing a Giveaway! See here